CHARITY RUN - FOR THE WAR VICTIMS IN UKRAINE

MILLIONS OF CHILDREN ARE IN DANGER RIGHT NOW.

MILLIONS OF CHILDREN ARE IN DANGER RIGHT NOW.
There is no safe place in Ukraine. The deaths of three children reported in the conflict in Ukraine shows that every war is a war against children, with fears that more innocent young lives will be lost if the fighting does not stop immediately.  At least 7.5 million people are in grave danger of physical harm, severe emotional distress, and displacement, following the escalation in hostilities overnight. Explosions have been heard in the capital Kyiv and other major cities such as Kharkiv, forcing children and families into basements and bomb shelters.

Children in Eastern Ukraine have endured shelling and violence for the last eight years. Many have been displaced from their homes. Even before this moment, 2.9 million people were in need of humanitarian assistance. 400,000 of them children.

My goal is, to collect again min. 100.000 € for the war victims in Eastern Europe, after my successful Charity run last summer, where I collected 120.000 € for the victims of the summer flood in Germany.

With this fundraising run over six weeks (February 28th to April 10th, 2022) you can support the organization "Save the Children" and the victims of Putins war with a small entry fee. You submit your weekly kilometers at the RaceResult-portal, where you will be part on a ranking list.

The registration is possible during the entire period of the event. The weekly running-kilometers up to your registration can be added later. Run as many kilometers as you can by April 10, 2022 and compete with other runners. At the end there is no cup, no winners ceremony or something similar, but a certificate and the good feeling to help with your workout the innocent children in Ukraine. We donate the entire money of this challenge to "Save the Children", who are actively helping in Ukraine.

In the next few days I will also announce further details about the fundraising and "Save the Children" her, in the FB group and in the mailing list I'll have a first phone call with the NGO on Monday. 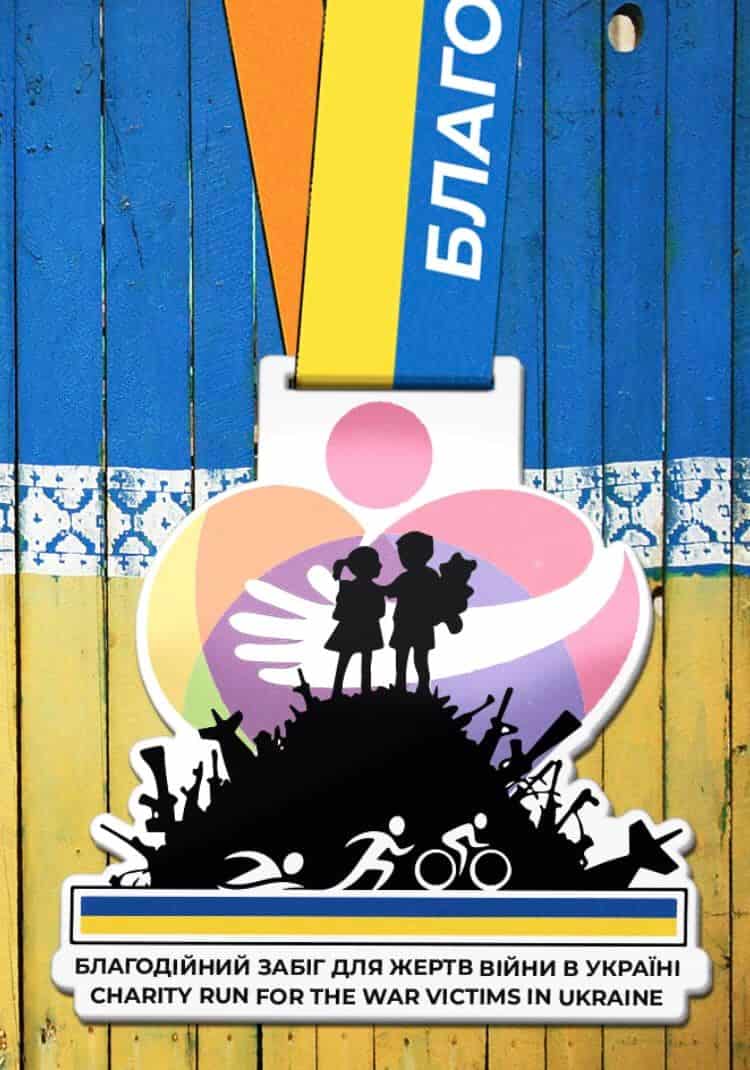 Achievement: Certificate at the end of the charity run. Online ranking on RaceResult.

Transparency: Starting next week there will be an up-to-date "balance sheet" available online at http://hasta-la-ultra.de. The entry fee and extra donations go 100% to the beneficiary. The costs of the RaceResult registration platform are covered with the medals (approx. 20 cents +1% of the transfers per participant). Of course, the rest of the medal sales also will donated to "Save the Children".